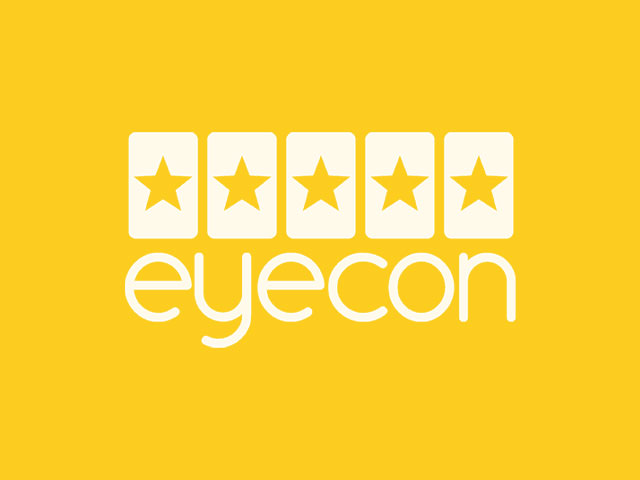 Eyecon is a leading and traditioned developer of iGaming slots and casino technology from Australia, with more than 130 releases since 1997.

Eyecon has a long tradition as a developer of video slots in the iGaming space. But when you juxtapose the number of years it has been active (since 2017) and the number of slots, the conclusion is that Eyecon isn't interested in simply churning out casino slots. The company is also active in integrating iGaming platforms, a major capacity that enables operators to expand on their rosters and provide players games from multiple developers.

The Brisbane-based company has major experience in making slots for land and online casinos. Their portfolio numbers more than 130 games which are available to players around the world. Eyecon has multiple licenses from government authorities regulating iGaming, notably from the United Kingdom Gambling Commission, the Malta Gaming Authority, Gibraltar, Alderney and others.

Most individuals who have a certain degree of familiarity with online casinos, however, associate the name Eyecon with few of the most popular online casino slots ever: Fluffy Favourites, Shaman's Dream and their second editions, among others. Our slot reviewers, speaking from under their experts' hats, emphasize the balanced nature (volatility level) of these games. Perhaps this is one of the reasons for their popularity, regardless of the fuzzy and slightly off-beat graphic design.

The company was founded in 1997 in Brisbane, Australia. 1997 feels like ancient history when it comes to iGaming, as the industry back then was in its incipient stage and just about ready to grow. Eyecon started out small, creating physical betting games and slot machines. In 1998 they launched Gore, a video game that laid the foundation of their development of success. Only a year later they have turned their talents to online casino games. Eyecon's success drew the attention of iGaming giant Playtech who acquired the company in 2017.

In addition to developing video slots, Eyecon also makes scratch cards and casino games. Like we stated above, the company isn't exclusively dedicated to online slots but also creates bingo games and does sportsbooks integration. Needless to say, this is an all-around provider and developer that is here to stay.

In terms of slots, Eyecon has released games with different layouts and payout mechanics. Their most famous production, Fluffy Favourites, was released with the Megaways engine and 46656 win-ways in 2021, thus not leaving Eyecon outside the BTG trademark Megaways dynamic.

Most of Eyecon's games, however, are made in the 3x5 format, that is, three rows and five reels. That format suits the ranging volatility levels and standard bonus rounds. In this sense,  the company appeals to both classical and new slot players. Eyecon tends to keep its games straightforward, with fewer extra features than some of the new companies on the market.

Like we said earlier, this gaming company has developed a lot of games over the past ten year, including video slots that you can play from your personal computer or mobile device. Right now, we are going to take a look into some of their most popular online betting games that can win you valuable prizes:

Legend of the 5 Ninjas Slot

This beautiful visualized ninja game offers five reels with 3 rows. Set in an endless bamboo forest where ninjas can play and gather information, it has an astonishing payout of 250,000 coins. The symbols are all typically ninja-like, such as: deadly weapons, kunai knives, the legendary ninjas themselves and so on. There is of course a free spin feature that can be enabled by the scattered symbols. Note that the most valuable symbol in the game is the red ninja, sitting at 40x.

Dive into this creepy, but potentially rewarding game with five reels, 3 rows and 25 paylines. You can notice that the characters and symbols are not very scary, rather, they have a funny look. The company didn’t go for a frightening looking game, instead they made it enjoyable for everyone. In the background you can see Dracula’s castle and graveyard in the fields. Don’t worry though, your goal is not to wander in castles and graveyards, the only thing you have to worry about is to get your hands on some lucrative treasure. The symbols are all Halloween like, such as: Frankenstein, mummies, A castle and Dracula himself wielding the most points. If you are looking for a thrilling adventure and win some cash, give Howling Fun a try.

This is definitely one of Eyecon’s betting classics. The game includes five reels, 3 rows and 25 paylines. With an RTP score of 95.05% be sure to win serious prizes. The game also delivers astonishing visuals and graphics. In the background you can clearly see the beautiful sunset punching through the orange clouds. The symbols of this game are straight out from ancient Egyptian times. They are divided into two groups, low-value and high-value. Low-value symbols are represented by a standard deck of cards ranging from a nine to an ace. High-value symbols features objects from the Egyptian tradition, such as: A Golden Cobra Cane; A Giant Pyramid; Egyptian Cats and much more. There is also a bonus feature by landing at least three Pyramid symbols. It’s truly a game you don’t want to miss.

The famous lads in the sea, plundering and stealing valuable treasures, but we haven’t seen any female pirates in the past though. Eyecon expanded their imagination with this pirate game and left a lot of people in awe. Start sailing the beautiful blue sea with 5 reels, 25 paylines and 3 rows in order to fill your pockets with gold. The symbols are classics from the Pirate universe: A Ship’s Wheel; A Goblet; A Parrot; The Captain’s most trustworthy crewmate; Pistol and Swords; Treasure Chest and a Gold coin as the low-value symbols that can win you up to 400 coins. For the high-value symbols, you have: A Skull; The Captain’s Crossed-bones Hat which can award up to 1,000 coins. As a quick note if the pirate princess is one of your combinations your winning will be doubled. Go ahead and start your journey on the sea.

The company’s greatest minds are never put on rest with this beautifully crafted game with astonishing visuals and graphics. Take your time off, relax and listen to some Japanese-like music while you earn some cash. Visit the traditional side of Japan with five reels, 25 paylines and 3 rows with a RTP score of 94.97%. The game offers an amazing experience and a really enjoyable atmosphere. You have the standard low-value symbols such as: a deck of playing cards (J, Q, K, A) that can win you up to 200 coins. The high-value symbols mainly feature beautiful women wearing traditional Japanese clothes and makeup, while dancing and also you have a Pavilion. Both of these high-value symbols offer up to 950 coins. Have a relaxing time and take a breather from your problems and win some lucrative prizes in the meantime.

You can definitely find Eyecon slots if you are in the company's home country, Australia. But also the UK, as Eyecon became part of Playtech which is based there and has this market covered quite well. Other countries where you can play video slots from this company include New Zealand, Canada, Ireland, the Nordics, Netherlands, Indonesia, Korea, Japan, Brazil and many others.

The website does well to cover almost every game ever released by the company. Players can find details like RTP, volatility and even gameplay videos but they can also try new and older games as demo. In addition to this, www.eyecon.com has an About Us section, a news blog and regular updates on job openings.

This is the best way to go if you want to explore the company catalog and find one or more games that you really like. Playing a demo slot is like taking a car from a dealership and giving it a test ride, without committing to buy. Same here. Demos come with free credits that don't count as real money, that you can use to make big and small bets and have a look at the random number generator at work.

We've covered just a tiny bit of the company's extensive catalog of video slots. Players are welcome to do more exploring by claiming a casino bonus and by listing games by provider.