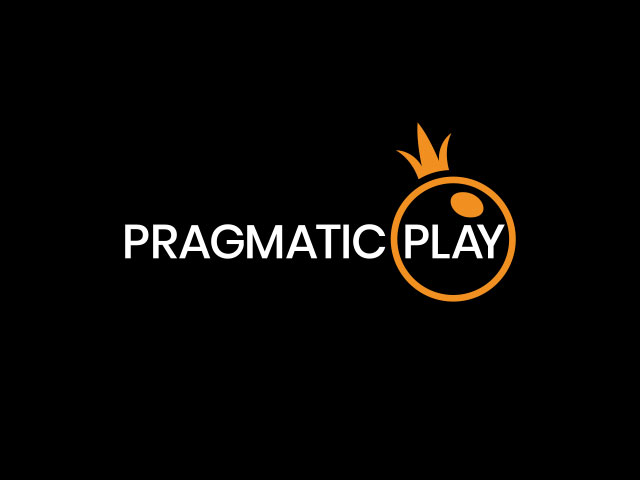 Malta-based Pragmatic Play is a premium game developer and provider for the casino industry with more to offer than just its high-quality online slots. Pragmatic Play is one of the most prolific companies out there when it comes to output. We've closely followed the evolution of the company from the time its games first appeared at online casinos, so we can say that the trajectory of its development has been amazing. Pragmatic Play provides online slots, bingo, casino games and live casino table and card games.

Most slots and casino pros who are familiar with Pragmatic Play slots know that their three-by-five layout games are always primed to bring top level exciting features and payouts. The entire catalog spans a wide variety of themes and premises - from hot chili cooking games to Manga-like realms of magic and power.

Likewise, the volatility levels are different too, ranging from low to medium to high and everything in-between. All of its efforts have been recognized by international industry expos. In 2017 Pragmatic Play won one of the most prestigious awards of the eGaming Review B2B Awards: Rising Star of the year.

Pragmatic's Wolf Gold slot, a medium volatility engine with max win potential of 5000x bet, was released in 2017 and awarded Game of the Year in 2018.

We can expect even more accolades than those that've been awarded thus far because Pragmatic Play now has licenses and certifications in more than 20 countries around the world and their online slot games have been getting better. In the past two to three years Pragmatic Play upped their game by introducing multi-tier jackpots and the "Must drop by 'date'" promotion in respect to jackpots.

The company was founded in Malta in 2015 with headquarters in Sliema. According to its LinkedIn profile, Pragmatic Play employs around 713 people. In its mission statement, the company says that it strives to build a brand that is recognized and respected around the world, while widely aware of the business environment. That said, Pragmatic Play's online slots, table and card games and bingo output has been tested and audited by independent auditors so their performance is guaranteed to adhere to the most stringent rules of the industry and of individual governing authorities alike.

The majority of online slots made by this provider are on a layout of three rows and five reels. Likewise, most of their games embody the multi-line payout mechanic which can span across multiple paylines - anywhere between five and 30 and seldomly, 50 paylines as in the case of Might of Ra slot.

Another favorite payout mechanic for standardly-formatted slot games has been win-ways, where in most cases the company has opted for the simpler yet equally engaging 243 ways to win mechanic. Pragmatic Play jumped on the Megaways trend early into the game. Today it has more than 10 titles that have the magical word Megaways as part of the title.

Some of the most popular Megaways slots include Elemental Gems Megaways, Great Rhino Megaways, Power of Thor Megaways and The Dog House Megaways. Then there is the fine collection of grid-based and therefore cluster payouts slots. Perhaps the most popular title in this category is Sweet Bonanza with its Candy Crush Saga-like choice of symbols and theme.

In the field of extra features and bonus games, Pragmatic Play has mastered the entire variety of options. Players can experience the thrill of rising win multipliers, all kinds of supercharged wilds - including sticky and moving, scattered payouts, respins and more. Of course, very few games can do well without the Free Spins bonus, which is Pragmatic Play's favorite bonus feature.

The game at hand is one of the company's best-positioned games in a multitude of online casinos. Wolf Gold packs a three-by-five layout with 25 paylines, however, its attention-grabbing feature is the Hold and Win bonus game. As per the usual, the bonus can trigger up to three jackpot prizes and additional winnings by way of the Moon bonus symbol. The three respins game, like the base game, plays against a medium volatility engine, which many slot experts consider to be the best volatility level for a Hold and Win jackpot slot.

This is one of those rare slot games where the payout engine lifts most of the standard constraints on the payout mechanic. In other words, the game has a Pay Anywhere mechanic which can award cash prizes for 8 or more symbols of the same kind anywhere on the reel set. And just to note, Gates of Olympus has an expansive layout of five rows and six reels, which equals 30 symbol positions. Pragmatic Play has included a Double Chance paid option which doubles the likelihood of you winning the bonus feature, which is a free spins round with win multipliers.

Considering its widely-distributed catalog and licenses in more than 20 jurisdictions, casino players can look for slog games by Pragmatic Play by accessing an online casino from Canada, United Kingdom, Ireland, New Zealand, Australia, Norway, Germany, Russia, Finland, Japan, Poland, Brazil, India, Romania, Mexico and many other countries across all continents.

www.pragmaticplay.com is where you can find the latest news from the company, including information about new online slots. Industry people can get in touch via a contact form and there is also a client hub for online casino operators. A full overview of the products can be viewed by selecting that tab, as well as Pragmatic Play's statement about its commitment to safe gambling. The bottom of the home page contains links which include the Careers page.

Anyone who has access to the website can access the Games page for a full view of the company catalog of slot games. You can play demo slots with all of the features and with unlimited demo coins, which can be indicative in getting a look and feel of the potential of any game.

SlotsSelection has made exclusive bonus deals with some of the best casinos, including Pragmatic Play casinos. These are venues that subscribe to a large part of the company catalog of games. You can claim a new casino bonus and look for your favorite Pragmatic Play slot or filter the selection by provider for an easier browsing experience.

To conclude, this is one of the most exciting companies in the world of online casinos. Their diligence shows by the fact that they began by developing slot games and reached the expertise to work with AI in producing virtual sports games, which is but one part of the Pragmatic Play host of iGaming suite.