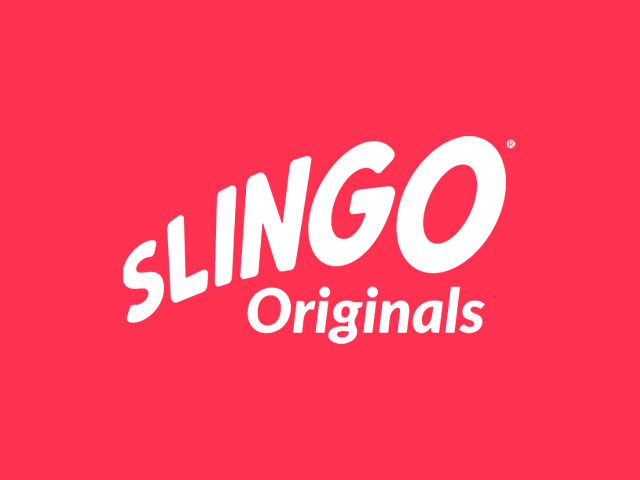 Slingo Originals started with the creation of the game after which the company is named. In 1996, a man by the name of Sal Falciglia Sr. decided to cross the essential mechanic of bingo and slots. He created Slingo which is precisely that.

Believe it or not, this provider of online slots and Slingo games has been around longer than most of the companies out there that we consider to be the early pioneers in the industry.

According to the Slingo Originals website and the story of the company's founding, Falciglia got his inspiration from his grandfather who used to play Bingo and Slots. He developed the first Slingo machine by augmenting an antique slots machine with five reels.

Interestingly enough, Slingo appeared on a network that is today long gone, but which used to play a tremendous role in the development of online culture, including gaming. That network is America Online, or AOL.

People were able to casually play Slingo in the gaming section and within days since it was launched, it became the number one game on AOL.

Today Slingo is available on mobile devices and personal computers through online casinos and even Facebook. The company that supplies and produces these games is, Slingo Originals.

Amazingly enough, Slingo was picked up by companies that make scratch cards and by the international giant when it comes to casino games, IGT. The most important achievement that Slingo made for itself was to become a television game show.

For a time, starting in 2008, slingo appeared on television as a pilot. Perhaps it didn't last too long, but Slingo Originals carries on the vibe.

The company has an operating license from the Malta Gaming Authority and the United Kingdom Gambling Commission. This enables widespread distribution across Europe and other countries in the world, including Canada, Brazil, Australia, China and so on.

Thanks to many popular games, Slingo Originals received an award from Which Bingo in 2018 and was voted Innovator of the Year for the production of Slingo Rainbow Riches.

Slingo Originals was catapulted into popularity with online casino players in 2017 when the company launched its Slingo Rainbow Riches.

Riding on the popularity of this SD Digital/Barcrest casino slot and later online casino slot, the Slingo version made so much sense.

What made this game stand apart from previous Slingo releases is the fact that it comes with extra features. Slingo games can be quite bare-bones, equipped with only the basic features of the game or they can come with engaging features that are triggered as you progress up the ladder of Slingo lines.

Slingo Rainbow Riches resulted in multiple subsequent releases in 2018, when Slingo Originals launched in the UK via online casinos from 888, Bet Victor, GVC Group and the Rank Group.

In 2019, Slingo Originals made a partnership with SG Digital which gave it access to proprietary content from the Monopoly universe.

The result is a famous Slingo Monopoly game which adds to the proprietary content based on popular games, like the Slingo Deal or No Deal which was launched in partnership with Endemol.

Online slot players have enjoyed Slingo games ever since this collection of tittles appeared on the rosters of online casinos.

Due to its gameplay mechanic and the sheer nature of the beast - the fact that the game it isn't solely an online slot, Slingo Originals was able to make, with a notable degree of success, games like Slingo Friends, based on the popular TV show, and Slingo X Factor, based on the singing competition.

Slingo based on Slots

There are several Slingo games that are part of the Slingo Originals arsenal, that are based on online or land casino slots. One game is Slingo Maximus, which is based on Barcrest's mega-popular game with a max win potential of $250,000.

Lo and behold, Slingo Originals has made its own take on the “Book of” phenomenon in the world of online slots by creating a Book of Slingo title. Of course, the game is set in Ancient Egypt and comes with books for one of the symbols.

How to Play Slingo

Playing Slingo online begins with selecting your game. Any Slingo Originals title would do because Slingo games unfold in a way that is quite straightforward. By making a deposit you get 10 or 11 spins. Each spin results in a set of numbers on the bottom row, below the Slingo grid. If any of those numbers match on the grid, they get marked - just like when playing Bingo.

The grid consists of 25 positions due to five horizontal and five vertical rows. It takes 12 Slingo lines to make a Full House - which is the biggest prize on the ladder. Speaking of it, on the left side of the grid, there is a ladder that shows your progress in the game.

As more positions on the grid are matched by the numbers showing on the bottom row, you get closer to completing Slingo lines. In some games, the first line pays 1x your bet. In others, you need to mark two lines before the first payout.

Wild symbols can replace any of the numbers on the screen. A regular wild picks a position at random and a Super Wild lets you choose which number to cross. A blocker symbol takes away one number from the five that can potentially appear on the grid.

Also, Slingo games come with Free Spins tokens. Each token provides one free spin and these can accumulate. Additionally, those Slingo games that come with extra features, like Slingo Rainbow Riches, can result in several bonuses, like the pick-me games with instant prizes of up to 1,000x your bet.

One of the details that can make any Slingo game more engaging is the option of buying extra spins. If you have completed several Slingo lines and you wish to continue playing beyond the 10 or 11 spins that come with your buy-in, you can pay an extra cost to make one or more spins.

As more Slingo lines are marked, the cost of the extra spin becomes higher.

It almost goes without saying that all of the Slingo titles are available on mobile devices. The caveat is that your device has to operate on iOS or Android and it can’t be too old or otherwise the game will run sluggish or wouldn’t load at all.

All of the casinos that we have reviewed and confirmed their licensing and security are mobile online casinos. You can claim a casino welcome bonus and pick the available slingo games from the rosters.

Casino players who want to try Slingo without playing at a real money casino can practice on any of the games that are available as demos. Demo slingo and slots from Slingo Originals are available with all functionalities and features, minus the possibility of winning real cash. To win real cash at online casinos you need to claim a welcome bonus and deposit funds and then select your Slingo game.

This is definitely one of the more interesting companies in the world of online casinos. This is so because Slingo Originals is unique by the sheer fact it releases games that are made possible through its own license. This is the only company that can produce and release Slingo games which adds a little bit more thrill to each game.